McKenzie Funk – Almost everyone is aware that climate change is slowly but surely destroying our planet, however very few know that you can get rich off of it! Want to know how? Or at least know what kind of individual would profit from the destruction of our planet?

McKenzie Funk has spent the last six years reporting around the world on how we are preparing for a warmer planet. Funk shows us that the best way to understand the catastrophe of global warming is to see it through the eyes of those who see it most clearly—as a market opportunity. Global warming’s physical impacts can be separated into three broad categories: melt, drought, and deluge. Funk travels to two dozen countries to profile entrepreneurial people who see in each of these forces a potential windfall.

McKenzie is the author of Windfall: The Booming Business of Global Warming. A National Magazine Award finalist and former Knight-Wallace Fellow, he won the Oakes Prize for Environmental Journalism for a story about the melting Arctic and was a finalist for the Livingston Award for Young Journalists for his interview in Tajikistan with one of the first prisoners released from Guantanamo Bay. His writing has appeared in Harper’s, National Geographic, Outside, Rolling Stone, Bloomberg Businessweek, and The New York Times. Mac is a founding member of Deca, a global journalism cooperative.

“People are looking at climate change and saying, ‘What’s in it for me?”‘

[shadowbox]”Making money was the reaction to climate change (for many companies).  Not, let’s drive smaller cars or insulate our homes, but let’s go get what the melting ice has created.”

“It’s about the imbalances in a world where parts of the world may be more habitable, but the vast majority will not.  But hey, at least the rich parts will be able to build themselves a wall.”

“I saw people that were trying to make money off of climate change as opposed to concerning themselves with how to stop it.” 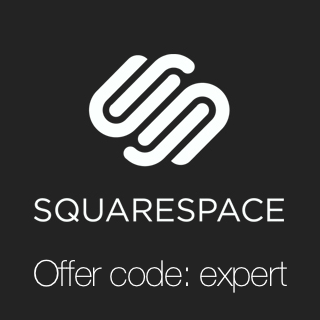 Squarespace: Squarespace, the all-­in-­one platform that makes it fast and easy to create your own professional website, portfolio, and online store. For a free trial and 10% off your first purchase, go to squarespace.com/smartpeople and use promo code expert.