Stephen Law – From Postman to PhD.

The beauty and curse of the human mind is that if we want to believe something bad enough, we can convince ourselves that it’s true.  And even worse, we will convince others that it’s true.  In order to support these fabricated beliefs we will form “intellectual black holes”, which are belief systems that we support through a variety of illogical and unsupported mechanisms.  These black holes become the basis for many cultists, conspiracy theorists, alternative medicine promoters, and more. To safeguard us from these tricksters we must be able to recognize that these belief systems exist and to identify them when they are presented to us.  In order to help you in that cause, this week we interview Dr. Stephen Law, author of the book, Believing Bullshit: How Not to Get Sucked into an Intellectual Black Hole.

Dr. Law is the Provost of the Centre for Inquiry, UK, a Senior Lecturer in Philosophy at the University of London, and Editor of the philosophical journal, “Think”.

“Intellectual black holes are belief systems put together in such a way that they turn people into intellectual prisoners.  They shut down your ability to think clearly and rigorously.”

[shadowbox]”If you discover something that you’re passionate about and you realize you have some talent for it, just because you don’t have the usual background doesn’t mean that should put you off.  You should go for it.”

“The problem I had with (higher education) was that I felt that I was simply jumping through hoops.  I wasn’t really being encouraged to think and question, but I was being taught to memorize information simply for exam purposes.  It was boring.”

“Some of the greatest scientific developments have come about through people just thinking philosophically.”

“Being smart and well educated gives you very little immunity so far as intellectual black holes are concerned.  These people are very good at cooking up rationalizations for continuing to believe what they already believe, even when the evidence suggests that they’re wrong.”

Believing Bullshit: How Not to Get Sucked into an Intellectual Black Hole 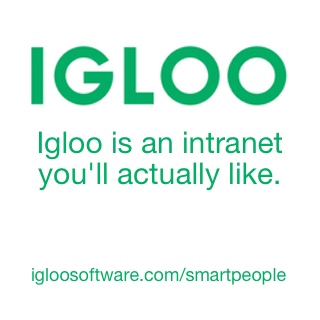 Igloo: Go to igloosoftware.com/smartpeople to use Igloo for free with up to 10 of your favorite coworkers or customers!