Alan de Queiroz  – Have you ever wondered how the same species of monkey (or tree, or snake for that matter) ends up located on different countries around the world? Keep in mind, they obviously can’t just swim across the ocean, and they were there far before humans, so we didn’t bring them.  Sure, continental drift explains it in some instances, but definitely not all of them.  So how did it happen? The answer will most certainly surprise you! This week, evolutionary biologist Alan de Queiroz tells us what the research says on this topic as we discuss his book, The Monkey’s Voyage: How Improbable Journeys Shaped the History of Life.

Alan de Queiroz is an evolutionary biologist and adjunct faculty at the University of Nevada, Reno. He has written widely-cited research articles on topics ranging from biogeography to the evolution of behavior to the origins of parasites. For more on the Alan and his work, visit his Facebook page and blog.

“Most people understand that evolution is very random, it’s caused by chance events.”

[shadowbox]”People were so excited about the concept of continental drift, they felt like it explained all of the weird distributions (of animals throughout the world). That is where they went astray.”

“The best explanation for having monkeys in South America and Africa is that they were able to cross the Atlantic. Monkeys got to South America millions and millions of years ago, so it’s clear that humans did not bring them there.”

“I’m willing to bet that monkeys crossed the Sea of Cortez on their own.”

“In the case of monkeys, the only way they get across the world is through rafting! It’s the only reasonable explanation we have. You get pieces of the banks of rivers breaking off and drifting into the ocean.”[/shadowbox]

The Monkey’s Voyage: How Improbable Journeys Shaped the History of Life 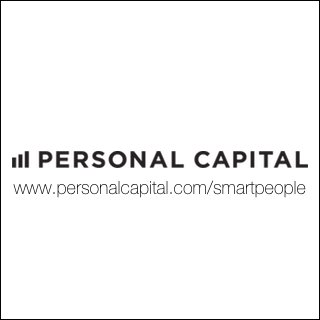 Personal Capital: With Personal Capital, you’ll finally be able to see all your accounts in one place and get a clear view of everything you own. To sign up for free go to personalcapital.com/smartpeople.