Well, we did it.  We made it to 100.  We joined the century club.  We want you to know, that we couldn’t have done it without you.  100 episodes is something that we never envisioned – hell, I didn’t think I would want to sit in the same room with Jon that many times! But I have to tell you, it’s been an awesome ride and we plan on keeping this thing going as long as you all decide to listen to it! We look forward to bringing you hundreds more and we promise to attempt to get better each and every week.  I’m pretty sure we achieved that goal with this week’s episode.

We wanted to make sure that we blew your mind with the 100th episode, so we searched far and wide to find this week’s guest.  And let me just put it this way, consider your mind blown. This week we meet the man who changed the film industry forever – Louie Schwartzberg.  Louie literally invented stock imagery.  An award-winning filmmaker whose career spans over 35 years, Schwartzberg is distinguished as an artist and a pioneer who transformed high-end time-lapse photography into an arresting art form. His stunning nature, aerial and slice-of-life imagery has helped transform films by such directors as Steven Spielberg, Oliver Stone, Francis Ford Coppola, Paul Haggis and Ridley Scott, including “American Beauty,” “The Bourne Ultimatum,” “Crash,” “Erin Brockovich,” “E.T.,” “Independence Day,” “Jerry Maguire,” “Koyaanisqatsi,” “Men in Black,” “Twister” and countless others.

As the only cinematographer in the world who has been shooting time-lapse 24/7 continuously for well over three decades, Schwartzberg is a visual artist breaking barriers, connecting with audiences, and telling stories that celebrate life and reveal the mysteries and wisdom of nature, people and places.

His latest piece of cinematic artistry is “Wings of Life,” a feature-length documentary for Disneynature, narrated by Meryl Streep. Utilizing time-lapse, high-speed and macro cinematography, the film offers an intimate and unprecedented high-definition glimpse into the hidden world of butterflies, hummingbirds, bats and bees – the precarious relationship between flowers and their pollinators – with a third of the world’s food supply depending on these increasingly threatened species. Released April 16, this extraordinary film has already won numerous kudos including Best Theatrical Program at the Jackson Hole Science Media Awards, the Best Cinematography Award at the Ocean Film Festival, and Wild Talk Africa’s Roscar Award.

This episode is brought to you by Squarespace – the all-in-one platform that makes it easy to create your own website. For a free trial and 10% off, go to Squarespace.com and use offer code smart7. 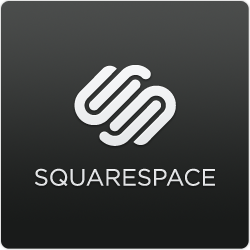